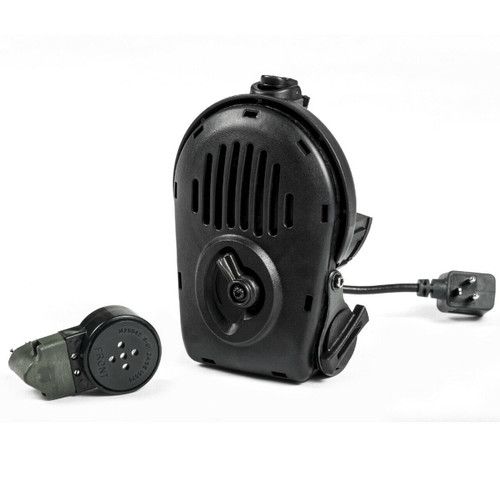 The Avon FM53/FM54 Voice Projection Unit (VPU) with Digital Microphone Assembly is designed to enhance voice projection while allowing for non-obstructed weapons sighting and easier operation. The VPU is attached to the FM53 or FM54 mask via the front of the Variable Resistance Exhalation Unit (VREU) and can be easily removed to allow for changes in exhalation resistance. A pass-through lead provides an interface to the mask connector and houses a second connector to attach additional communications equipment while the VPU is being worn.

The microphone is powered by the VPU, which requires a single CR123 Lithium Ion battery (not supplied).