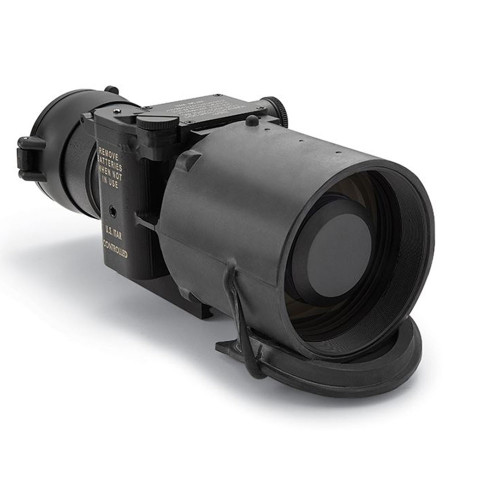 NVD's PVS-22 or Boresighted Night Sight (BNS), may be the most reliable and easiest to use night vision weaponsighting system ever fielded. Similar the Universal Night Sight™, the PVS-22 incorporates gain control, which allows the user to lower the tube brightness (gain) to compensate for overly bright conditions or to increase the gain under extreme dark conditions. The BNS is the same system as the AN/PVS-22, however it uses a commercial image tube rather than a MIL SPEC tube.

The PVS-22 is a unique night vision system that is small enough to mount in front of any boresighted daytime scope. Scope magnification can range from one to twelve power. The PVS-22 does not require any boresighting and once mounted the daysight provides the aiming point. The BNS maintains boresight despite normal misalignments due to mount position errors and does not alter the sighting centerline (parallax is unchanged from dayscope). The BNS also contains no beam splitter or folded optics to go out of alignment.

The BNS is revolutionary when used with a high magnification fixed or variable power dayscope. The magnification is provided by the dayscope, which typically has much smaller optics than those associated with normal 4X or 6X night vision weaponsights. This means there is no loss in system gain or typical f/number loss associated with large optics. Variable magnification dayscopes can actually zoom in (up to 12X) and still retain the same gain (image brightness) with only a slight loss in resolution.

The BNS includes FLIR's proprietary Shock Mitigation System TM, allowing the unit to be used on weapons up to and including .50 caliber bolt-action rifles.